A rock dredge is a large bag made of metal chain links attached to a simple heavy frame that keeps the bag expanded. The dredge is lowered off the back of a ship to the seafloor and dragged along to collect large pieces of rock. 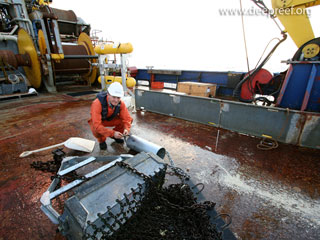 Rock dredge is a frame and heavy chain bag

Because of the coarse chain links, most of the finer material is washed out of the bag, leaving behind the larger rock and gravel pieces within the chain bag. The dredge is then winched up to the surface and any samples are dumped onto the deck of the ship to be sorted and preserved.

A rock dredge is a very useful device for collecting sediment samples from a hard seabed, such as on deep coral reefs which are usually made of a hard limestone rock. A dredge is preferred over a sediment grab device because a dredge is quite robust and can be towed over very rough ground.

As well as rocks and gravel, attached marine life is often caught in a rock dredge making this device also useful for understanding the marine wildlife diversity on the seafloor.

The Gallery images below are from the 2007 RV Southern Surveyor expedition to investigate drowned reefs on the Great Barrier Reef shelf edge (internal link here). The images show the limestone rock and attached marine life collected off the drowned reefs in up to 100 metres of water. 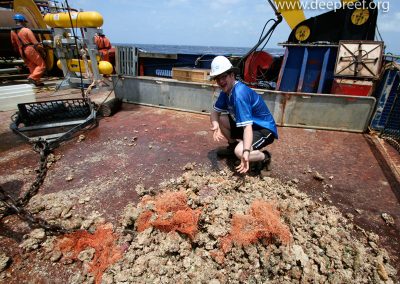 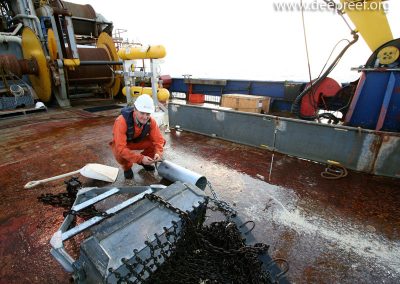 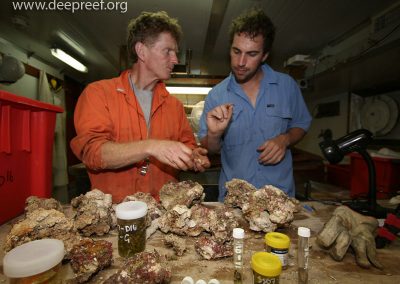 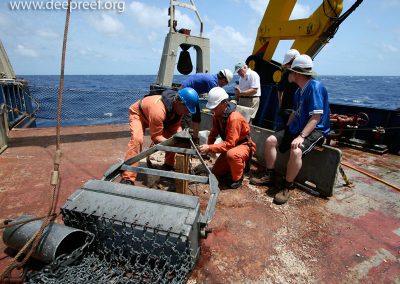 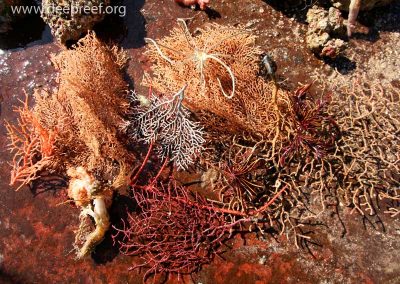 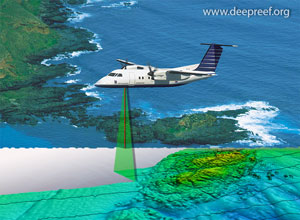 A similar seafloor mapping technique to multibeam sonar is the use of airborne laser bathymetry, or Light Detection...

The 3D visualisation software we use is Fledermaus - a powerful, interactive 4D (space and time) data visualisation... 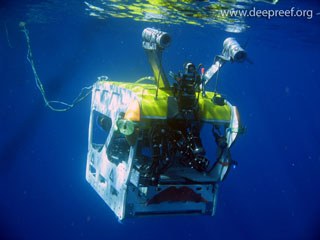 Deep-sea underwater cameras may take either video or still images with high-resolution digital cameras. There are a...